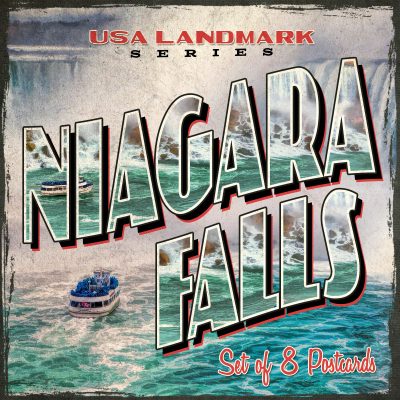 We know Niagara Falls today as a beautifully preserved “Wonder of the World”. Yet few realize that in the late 1800s sightseers had limited access to Niagara Falls and often had to pay for a glimpse. At that time, the falls were being used for industrial and commercial use.

This lack of public access led to conservation movements advocating for the purchase, restoration, and preservation of the scenic lands surrounding Niagara Falls.

In 1885, the Niagara Reservation was created in the United States. In the same year, Canada established the Queen Victoria Niagara Falls Park for the same purpose.

Also, did you know that the flow of water over the falls is controlled and regulated?

A 1950 treaty between the United States and Canada established water usage rates by the power plants upriver. To ensure an “unbroken curtain of water”, the treaty states that 100,000 cubic feet of water per second must flow during daylight hours of the tourist season. However, during the night and off-tourist season, the rate is reduced by half – to 50,000 cubic feet of water per second.

On average, over 20 million people visit the falls each year. Many of them see Niagara Falls from the oldest and best-known attraction — the “Maid of the Mist” boat cruise which has carried passengers into the rapids below the falls since 1846.

Now you can share this breathtaking “Wonder of the World” with others from around the world with these 8 new Niagara Falls postcards. Enjoy!

PLEASE NOTE | Orders placed today through Sunday will be fulfilled on Monday.LEARN MORE
+
0